For every Christian who is waiting devoutly for the return of the Lord, the topic of the believers’ rapture when the Lord returns in the last days is always attractive. None of the believers are not expecting to be raptured into the kingdom of heaven when the Lord comes back. However, what on earth is the true meaning of rapture? Does it really mean that the believers are lifted into the air by the Lord in the last days? To understand this aspect of the truth, let’s first read several verses. Acts 8:39-40 says, “And when they were come up out of the water, the Spirit of the Lord caught away Philip, that the eunuch saw him no more: and he went on his way rejoicing. But Philip was found at Azotus: and passing through he preached in all the cities, till he came to Caesarea.” According to man’s thought, since here it is said that Philip was taken away by the Spirit of the Lord, he was taken into heaven. Yet, in fact, “Philip was found at Azotus” and he preached the gospel in all cities, doing the Lord’s will on earth. From this we can see that Philip was not taken into heaven but was still on the earth. 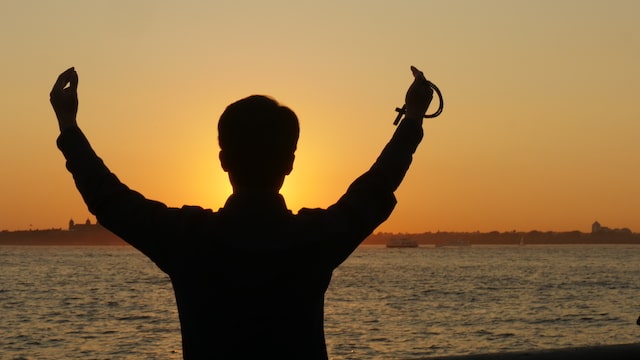 In fact, since God began to manage and save mankind after man was created by God and corrupted by Satan, God’s work of saving man has always been carried out on earth and man has always been living on earth. Finally, God’s will is going to be carried out on earth and His kingdom will be realized among all of man. So man’s destination is not in heaven but upon the earth, which is the ordination of God.

Almighty God says: “God will return to His original place, and each person will return to their respective place. These are the destinations in which God and humans will reside once God’s entire management is finished. God has God’s destination, and humanity has humanity’s destination. While resting, God will continue to guide all humans in their lives upon earth, and while in His light, they will worship the one true God in heaven. God will no longer live among humanity, nor will humans be able to live with God in His destination. God and humans cannot live within the same realm; rather, both have their own respective manners of living. God is the One who guides all of humanity, and all of humanity is the crystallization of God’s management work. Humans are the ones who are led, and are not of the same substance as God. To ‘rest’ means to return to one’s original place. Therefore, when God enters into rest, it means He has returned to His original place. He will no longer live upon the earth or be among humanity to share in their joy and suffering. When humans enter into rest, it means that they have become true objects of creation; they will worship God from upon the earth, and live normal human lives. People will no longer be disobedient to God or resist Him, and will return to the original life of Adam and Eve. These will be the respective lives and destinations of God and humans after they enter into rest. Satan’s defeat is an inevitable trend in the war between it and God. As such, God’s entering into rest after the completion of His management work and humanity’s complete salvation and entrance into rest have likewise become inevitable trends. …. After God and humanity enter into rest, Satan will no longer exist; likewise, those wicked people will also cease to exist. Before God and humanity rest, those wicked individuals who once persecuted God on earth, as well as the enemies who were disobedient to Him there, will already have been destroyed; they will have been eradicated by the great disasters of the last days” (“God and Man Will Enter Into Rest Together” in The Word Appears in the Flesh). From God’s words, we know God’s place of rest is in heaven, while man’s place of rest is on earth. They will enjoy the life that is akin to that in heaven. It is exactly the harmonious and beautiful life that God has prepared for man and is precisely God’s ultimate accomplishment.

Since man will still live on earth after being completely saved, what exactly does rapture refer to? Actually, as for the mystery of rapture, Almighty God has already revealed it to us. God’s words say: “‘Being caught up’ does not mean being taken from a low place to a high place, as people might imagine; that is a huge misconception. ‘Being caught up’ refers to My predestining and then selecting. It is directed at all those I have predestined and chosen. All those who are caught up are people who have gained the status of firstborn sons or sons, or who are God’s people. This is most incompatible with people’s notions. Those who will have a share in My house in the future are all ones who have been caught up before Me. This is absolutely true, never-changing, and irrefutable. It is a counterattack against Satan. Anyone I predestined shall be caught up before Me” (“Chapter 104” in The Word Appears in the Flesh).

It turns out that the true meaning of being raptured is keeping pace with the steps of God’s work and accepting the new work of God during the last days. In the Age of Law, man believed in Jehovah God and abided by the laws and commandments. When the Lord Jesus came to do the work of redemption, man could walk out of the law, follow the Lord Jesus’ work, and gain His redemption. This was being raptured. Today, the Savior Jesus has returned. He is Almighty God who is incarnated to express His words to save man completely. If man walks out of the Age of Grace and follows God’s new work, he will get purified fully and be taken to a wonderful destination by God. This also constitutes being raptured.

Today, Almighty God’s gospel of the kingdom has spread to the entire universe. Most of the brothers and sisters who truly believe in God in all denominations have recognized God’s voice and followed His footsteps after hearing His utterances. They have been raptured before God’s throne and enjoyed the watering and provision of God’s words to their heart’s content. People don’t need to desperately wait anymore because of God’s arrival. God’s chosen people are no longer weak or negative, but live in the light of God’s countenance again, enjoying a happy life with God’s personal guidance and shepherding. It is the new life of being raptured, isn’t it?

» Read more on our The Rapture page, or click on the related articles below:

• “Yearning” Clip: Who Will Be Raptured First When the Lord Comes?

Previous The Lord Jesus Redeemed Our Sin, but Does It Mean We Can Enter the Heavenly Kingdom?
Next What Is the Rapture?

What Is the Rapture?

Just like many other Christian brothers and sisters, I eagerly long for the second coming of the Lord Jesus. We abide by the following passage from th…

Disasters occur frequently. Prophecies of the Lord’s return have basically come true. How can we find the true church which will be raptured before the tribulation and welcome the Lord? Read to learn more.

After Wang Liwen’s marriage failed, the Lord’s salvation came upon her, and God became her reliance. Once, she saw these words in the Bible, “That if …

Some people ask: “The Lord Jesus already pardoned our sins and no longer sees us as sinful. We don’t need to accept God’s work of judgment and purific…